Amiga, Amstrad CPC, Arcade, Atari ST, Commodore 64, Genesis, Master System, MSX, PC, ZX Spectrum
2 Trivia
In addition to being used in the special attack in select stages, the track "Thriller" was intended to be used in full as the BGM for stage 3-2 of the Genesis version, the cemetery level. However, the song was replaced with "Another Part of Me" due to the former song being written by Rod Temperton and not by Jackson himself. A version of the game that included "Thriller" as the 3-2 theme went undiscovered until September 15, 2017, when a collector going by the online handle of "brian the hedgehog" bought a prototype cartridge at a flea market for $20 and uploaded a YouTube video showing off the track as it appears in-game. The cartridge is dated at April 24, 1990, three months prior to the game's initial release.
Development, VersionDifference
Contributed by game4brains
Share - Permalink - Source 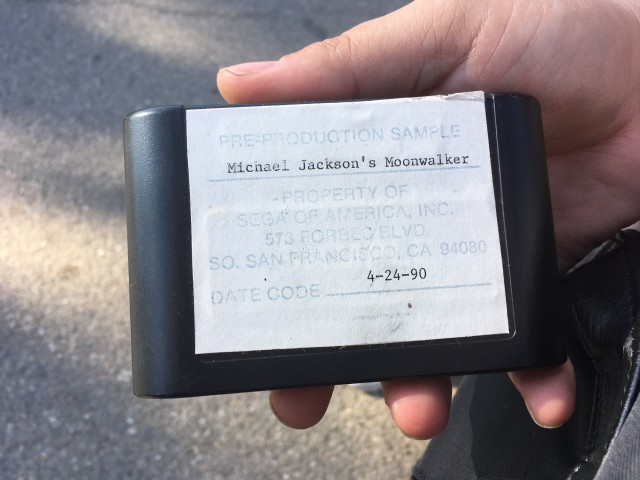