More specific tags can be found on the All Trivia page.
All Videos
Easter Egg Hunting
Leftovers
Region Locked
DidYouKnowGaming
Other
What is VGFacts?
Submission Guidelines
FAQ
Site Stats
Contact Us
Lost your password? | Need to Register? Click here!
Grand Theft Auto
11 Games
8 Trivia
Despite never revealing whether the GTA2 protagonist Claude Speed and GTAIII protagonist Claude are the same person, Rockstar has at multiple times hinted that they could be the same person, or at least that they are two incarnations of the same character. When asked about this, a Rockstar spokesperson replied "Probably. It seems very likely but it's also possible that there are just a lot of angry silent car thieves called Claude out there." Later on Rockstar used Claude's GTAIII artwork on their official Facebook page with the name "Claude Speed" written next to him.

If they indeed are the same person, it would mean GTA2 would take place in 1999 as hinted in the game and that either Claude doesn't die at the end of the GTA2 opening video, that the video is non-canon, or that Claude's rap sheet where his age is shown is fake.
Theory, Similarities, Suggested
Contributed by Mass Distraction
Share - Permalink - Source 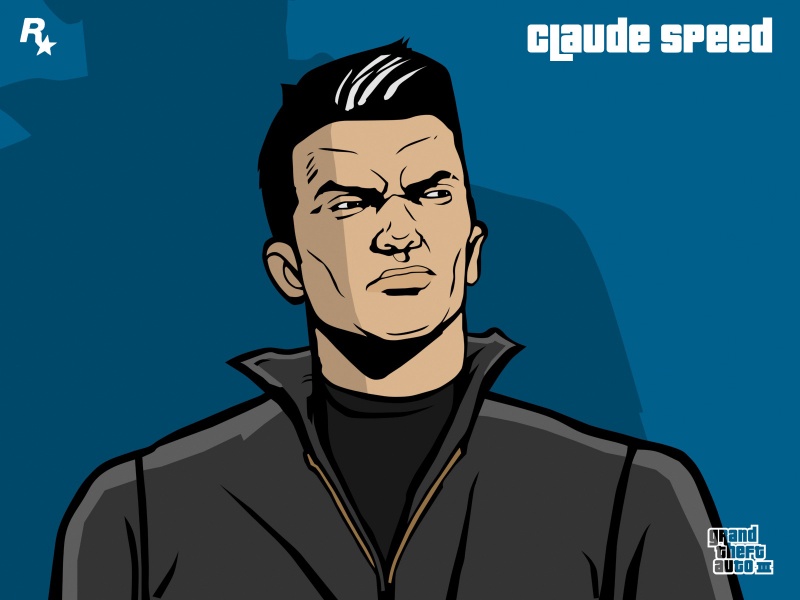