PC
2 Trivia
There is a secret level in Diablo III titled "Whimsyshire," a complete turn from the game's typical story and theme by putting you in a cartoony bright wonderland with rainbows and unicorns. The level changes health orbs to be pink cupcakes, and the map will appear to a similar design as a child's blanket.

It is intended to be a secret area, similar to the Secret Cow Level in Diablo II, however unlike the Cow level, it is hard to make a huge profit from the items and gold dropped. It was likely put in as a joke, because many people felt that Diablo III's early graphics were too bright and cartoony.

There is a random chance for a unicorn to spawn with one of these names: "Rainbow Western," "Midnight Sparkle," "Nightmarity" and "Nightmare is Magic," each of these are references to the show My Little Pony: Friendship is Magics characters names.
Contributed by Des
Share - Permalink - Source 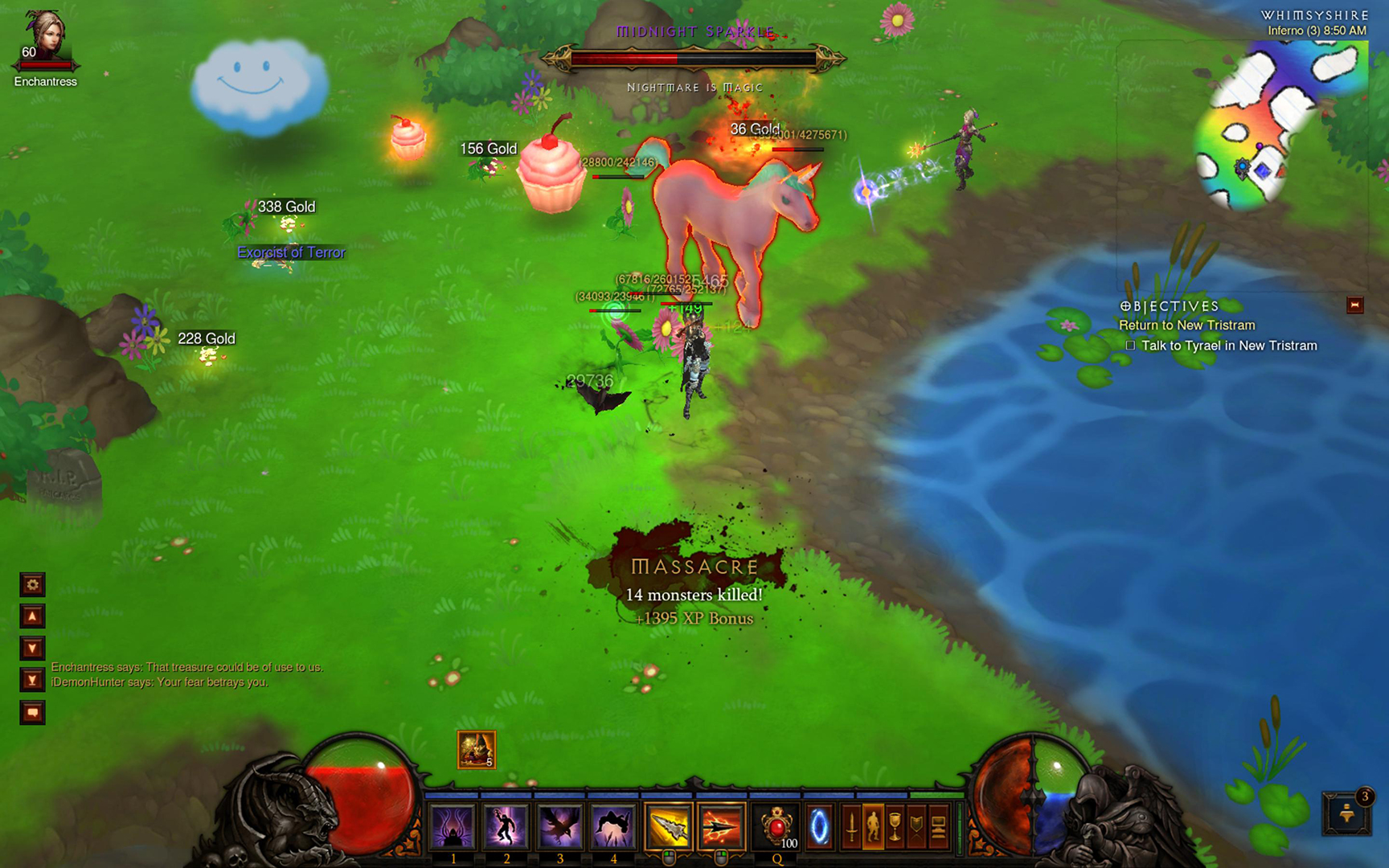