More specific tags can be found on the All Trivia page.
All Videos
Easter Egg Hunting
Leftovers
Region Locked
DidYouKnowGaming
Other
What is VGFacts?
Submission Guidelines
FAQ
Site Stats
Contact Us
Lost your password? | Need to Register? Click here!
Star Wars
34 Games
9 Trivia
Rebel Warrior was a concept for a game where you play as a Wookiee fighting against Imperial forces. The idea was pitched to George Lucas for a game that would become Star Wars: The Force Unleashed, however, he shot the idea down believing that a Wookiee protagonist who could only make grunts and barks to communicate wouldn't allow for great character development and interaction.
Development, CancelledRelease, EarlyIdea
Contributed by KnowledgeBase
Share - Permalink - Source 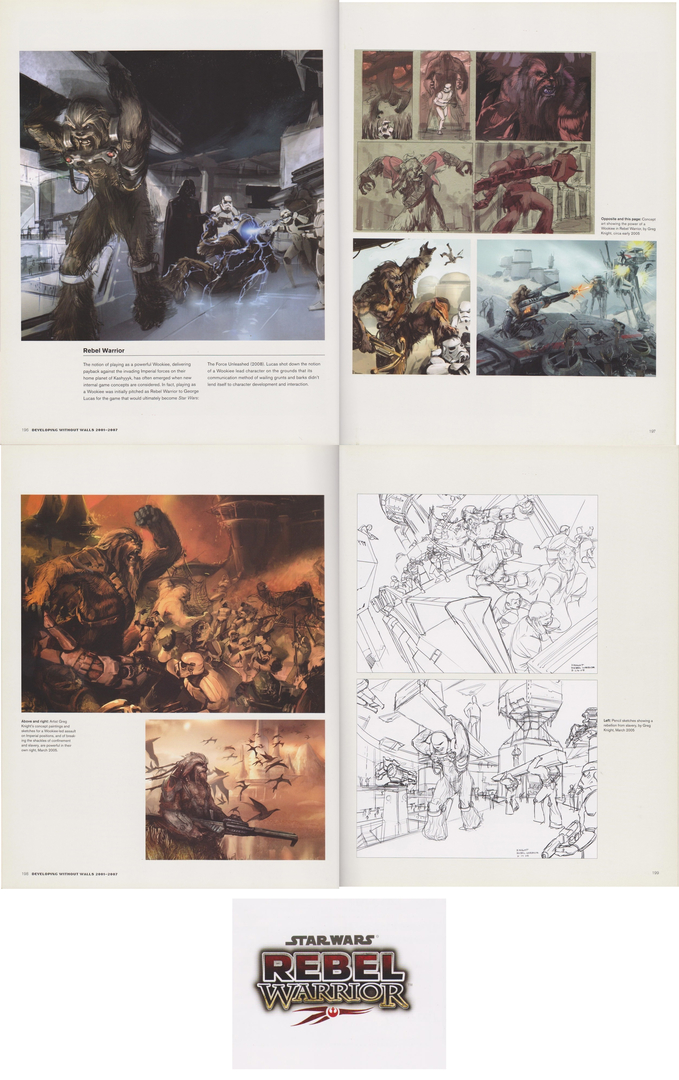