More specific tags can be found on the All Trivia page.
All Videos
Easter Egg Hunting
Leftovers
Region Locked
DidYouKnowGaming
Other
What is VGFacts?
Submission Guidelines
FAQ
Site Stats
Contact Us
Lost your password? | Need to Register? Click here!
Star Wars
34 Games
9 Trivia
Star Wars: Smuggler, later becoming the project Scum and Villainy, was a canceled Star Wars game which only reached the concept stage of development. The project began in 2004 when Jim Ward became president of LucasArts and part of an effort to find stories to develop into games. You would play as a smuggler in an Imperial-dominated galaxy where you could buy items for low and sell high and gain big rewards from them, however you would be at risk of entangling with Imperial forces. Concept from the project would later be used for Star Wars: The Force Unleashed.
Development, CancelledRelease, EarlyIdea
Contributed by KnowledgeBase
Share - Permalink - Source 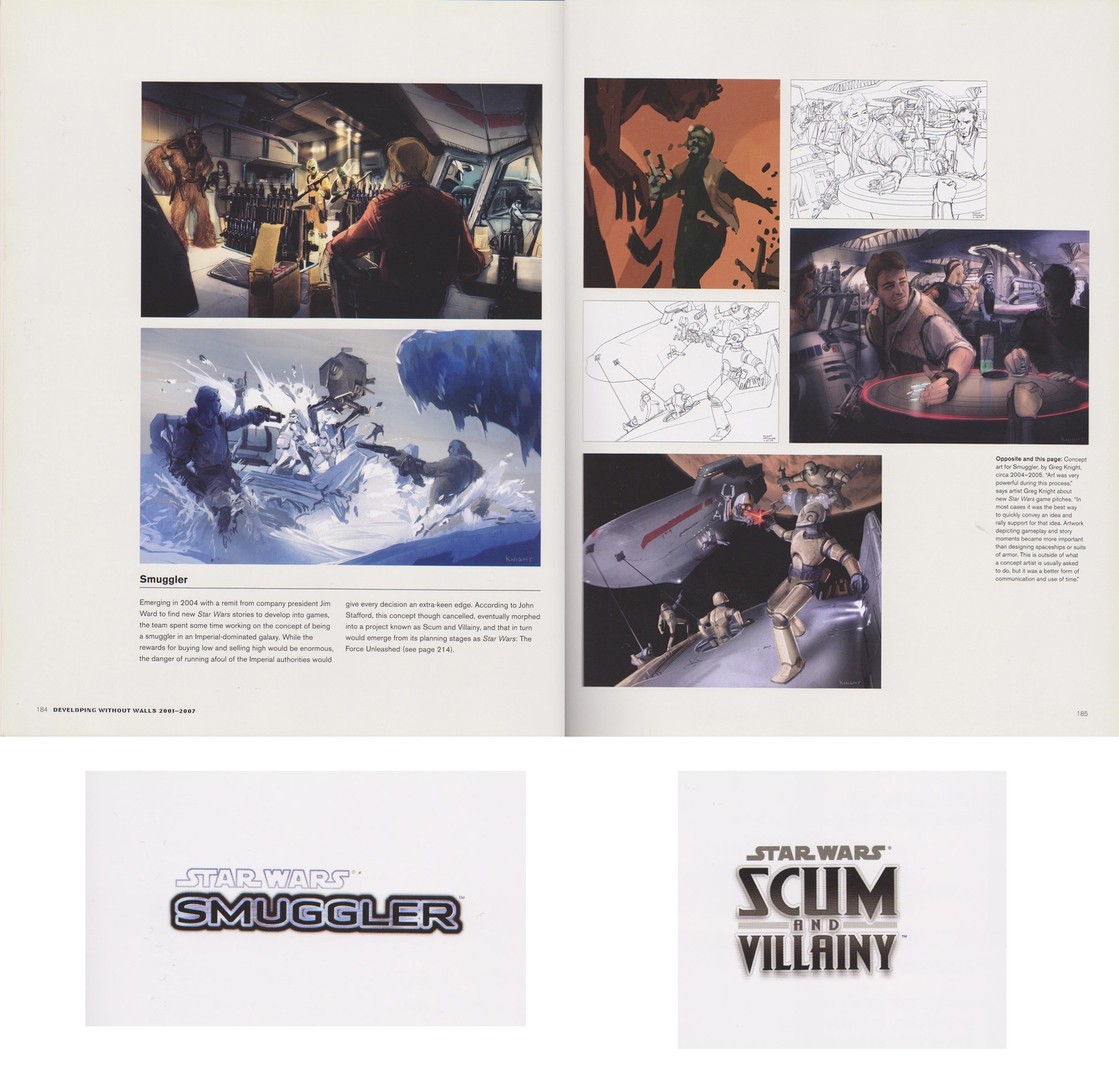