More specific tags can be found on the All Trivia page.
All Videos
Easter Egg Hunting
Leftovers
Region Locked
DidYouKnowGaming
Other
What is VGFacts?
Submission Guidelines
FAQ
Site Stats
Contact Us
Lost your password? | Need to Register? Click here!
Star Wars
34 Games
9 Trivia
A third entry in the Knights of the Old Republic series, Knights of the Old Republic 3, was planned but canceled due to LucasArts hitting the most difficult period in its history, with the project only reaching the concept stage. The project began circa 2003 with team members and design elements being brought over from the canceled "Proteus project".

Concept artwork for the game were of a Coruscant vehicle, a new character named Naresha, a character head sketch, Taloraan, Mandalore City layout, Environment with map, and a Rodia crash site. Team members on the project were John Stafford as designer, and Molly Denmark and Corey Allemeier as concept artists.

According to Stafford about the game, "got quite a bit of traction... we wrote a story, designed most of the environments/worlds, and many of the quests, characters, and items."
Development, CancelledRelease
Contributed by KnowledgeBase
Share - Permalink - Source 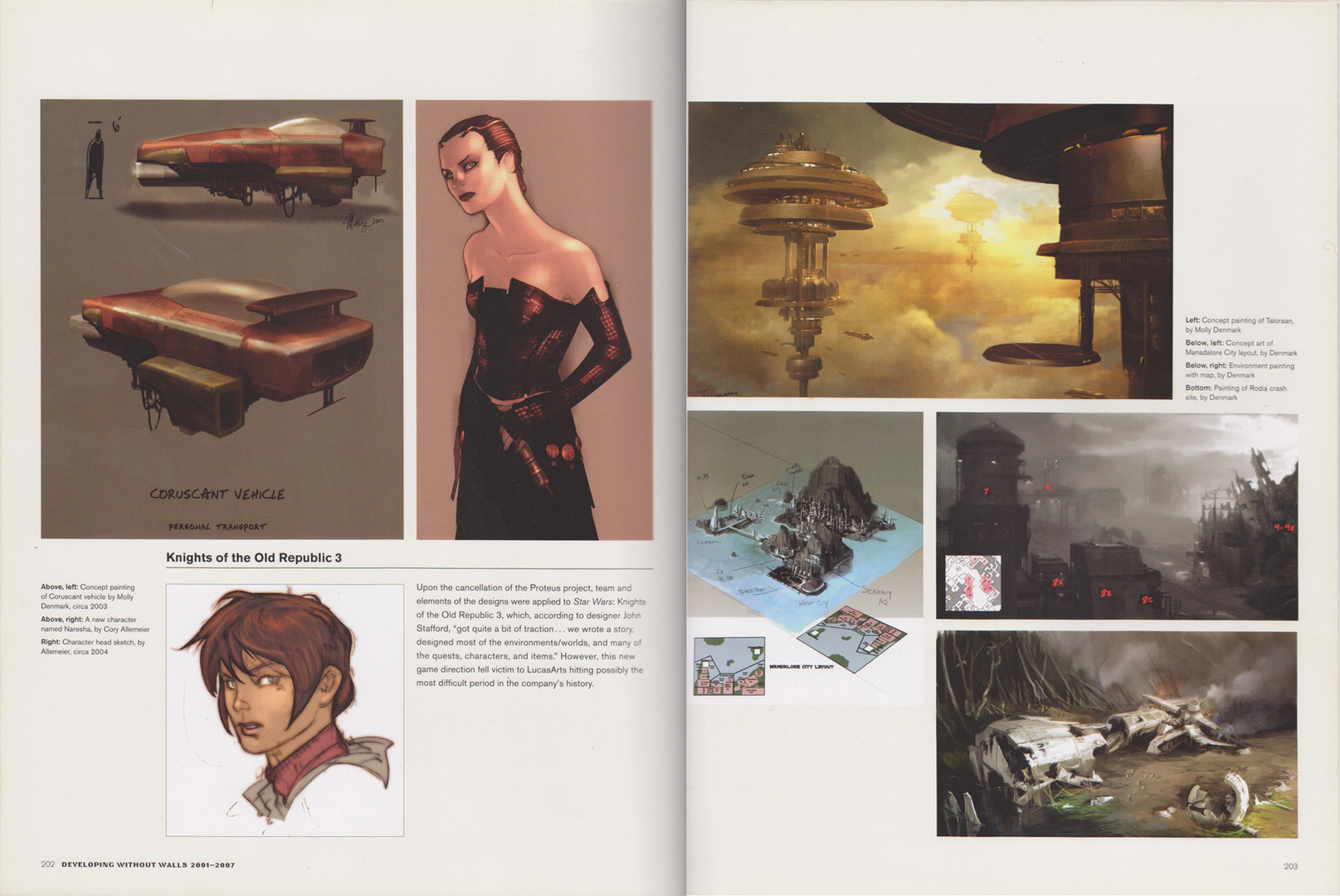